17C at the start of a busy morning, a warm, sunny day such that some of the 16 volunteers were seeking out shade.

Tasks for the morning:

Terry was fully occupied cutting back the lower branches of tree canopies to let light onto shrubs and herbaceous plantings below. Eunice and Trudi were working in the Meteor Garden, tending a glorious display of white flowers. Arne was staking asters in the Autumn Border. Chris and others were weeding by the stream. Jill was roaming over large areas of the garden, hunting that elusive weed, Impatiens parviflora, or small balsam, now in flower and so pretty, but ready to spring its seeds at the slightest touch.

Pete has been offering encouragement, promising us that when the present multitude of weeds has been cleared, that will be the worst of the weeding work over for this season.

What’s special in the Harris Garden this week?

Peonies in the long Mixed Border …. 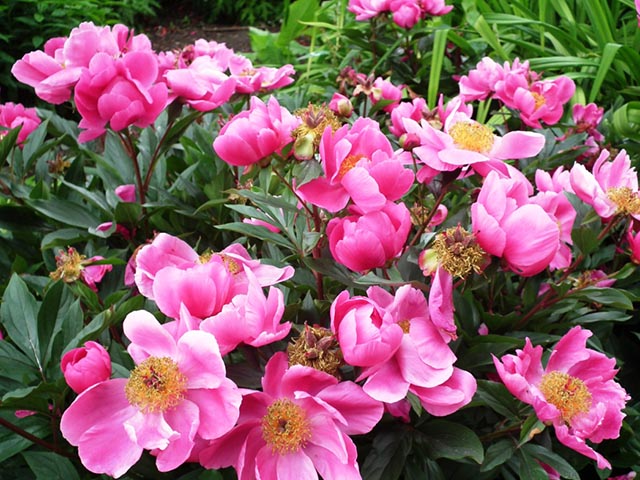 A sweetly-scented Rosa canina by the shed….. 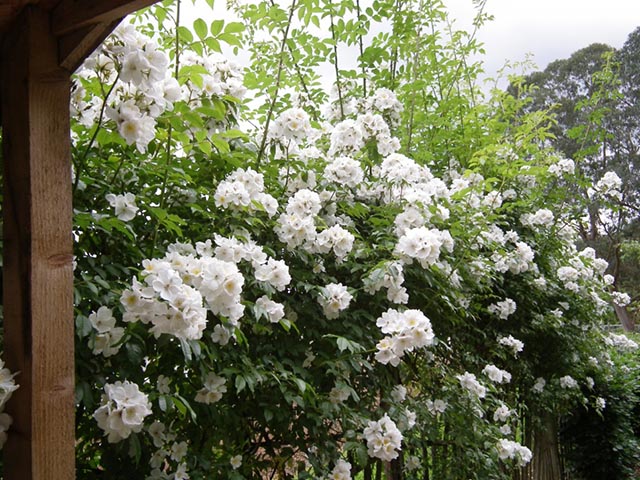 The Meteor Garden which was designed by several of the volunteers to provide a succession of white blooms throughout the summer….

A young tree near the Autumn Border (adjacent to the Araucaria araucana, or Monkey Puzzle tree), Cornus kousa ‘China Girl’ …. 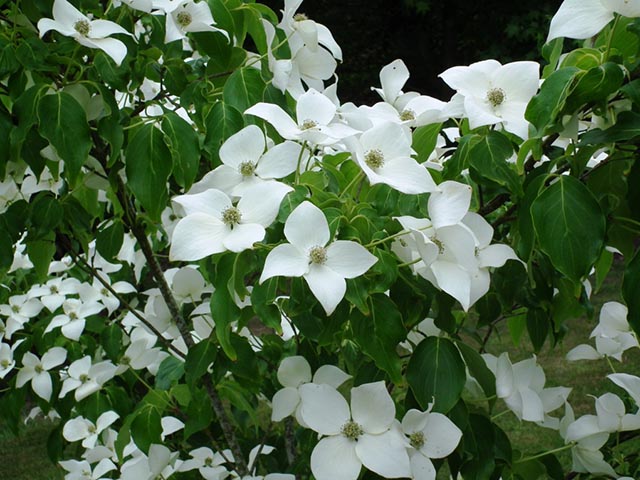 The Harris Garden offers so many delights to those who visit.